San Francisco is lucky to have the African-American Shakespeare Company. It’s  pretty much what it sounds like: African-American actors, doing Shakespearean and other plays. (Their motto is “Envisioning the Classics with Color.”) They have their own performance space – an intimate and attractive theater at Fulton and Webster, and they even provide free parking in an adjacent lot.

And they’re good. The artistic director L. Peter Callender stages performances with a lot of energy, vitality and color, and including songs and dance. His stagings are often period pieces, but not Tudor. Today, I went to my third play by this group: Much Ado About Nothing. It was a delightful comedic romp, framed by the music of Ella Fitzgerald, and played in post World War II modern dress. 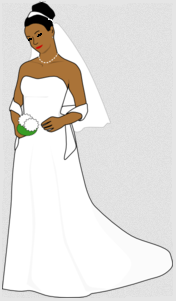 I really liked the casting. Leontyne Mbele-Mbong played Beatrice with confidence, humor, and pride; she’s a tall woman, with a strong stage presence. It was entirely believable that she’d get away with saying anything she wanted. For me, she really carried the play. Benedick (Ryan Vincent Anderson) was her perfect match.

Danielle Doyle had fun with the gentle, wide-eyed Hero, the wronged bride; and Twon Marcel was charming as an emotional Claudio, first desperately in love and then furiously betrayed. I did think he took the discovery that Hero was innocent and he had in effect killed her a little too lightly. (Then again, that may be more in the lines than the acting of them.) Dwight Dean Mahabir was a dignified Leonato.

All the actors in supporting roles gave the impression that they could readily have taken on more (and probably have, in other plays) but were having a good time nonetheless.

If you saw the Joss Whedon 2012 film version and liked it, you’d probably love this play. And if you’re in San Francisco, and are here next weekend – you can. The last two performances are coming up on Saturday May 24th at 8pm, and Sunday May 25th at 3pm.

I’m surprised this group doesn’t get more publicity. I found out about them entirely by accident some years ago. SF Chronicle, where are you?