Though It was the last total lunar eclipse until some time in 2021, I expected to miss it because of the weather. Monday was cloudy and slightly drizzly here in Seattle.

But. Just in time for the eclipse, the clouds moved out of the way. So I got to watch from my balcony with binoculars. It was superb. I kept calling out to passers-by (mainly people walking their dogs) and most of them turned around, looked up, and were amazed.

Unfortunately, I didn’t have my camera, and my iPhone was not very cooperative. Here’s my best shot: 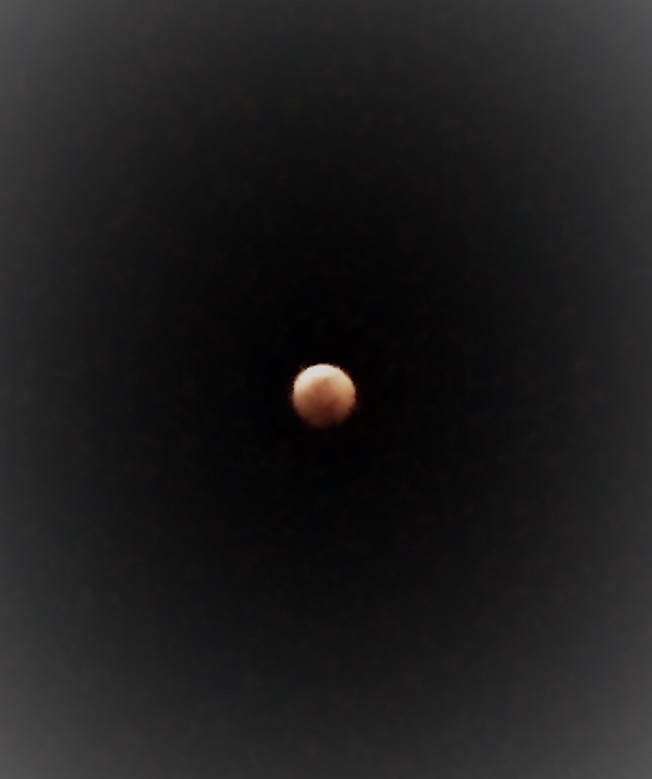