The other day in Seattle, looking out the window, I thought I saw some gray plastic blow across the sidewalk below. I looked again, and saw it was actually a squirrel. But it didn’t look normal. It was much longer than usual. Looking more carefully, I made out it was carrying something – probably another squirrel, because a tail was wrapped around its torso. I took a quick iPhone photo, but it was moving jerkily across the street and I didn’t get a good picture. 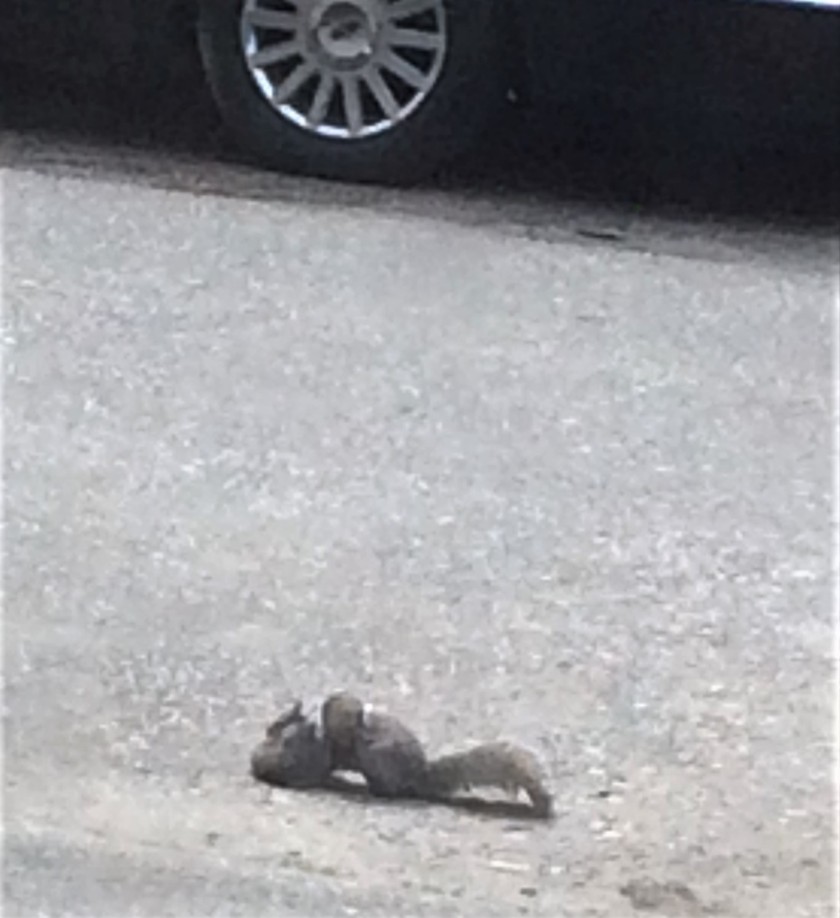 My first thought was that this was the gruesome aftermath of a squirrel battle, and that was a dead squirrel.  But then I did a search, and found that this is how squirrels carry their young.

This was likely the mother, transporting her youngster to a different location. She ran to shelter under a parked car, then darted across the road when the coast was clear and made it safely into the backyard of a house across the street.